One of the rarest abnormal stamps uncovered

One of the rarest abnormal stamps uncovered

With all that is going on in the world right now, some may say I’m insane buying as many rare stamps as I can get my hands on.

I think I am completely sane.

I believe the reasons to allocate capital to rare collectibles are more relevant today than they have been since the financial collapse of 2008.

At that time, investors in rare collectibles successfully protected and grew their wealth in a time when most lost their shirts.

I see a similar situation today, albeit for entirely different reasons.

The 5 golden rules of buying rare stamps never change. They must be…

What I have for you today is completely abnormal…

I’ve found the proverbial needle in the haystack

It is a major British stamp rarity, one of only 24 possible examples.

Not only that, many of those examples are tied up in institutional collections, which are unlikely to ever see the light of day.

It is what is known as a Queen Victorian abnormal stamp.

Being abnormal, they hardly ever appear for sale.

And when they do, even poor quality examples are snapped up by desperate collectors taking what could be the one and only chance to fill that elusive gap in their collection.

So, when one of the finest examples you could ever hope to own comes up, it is not an opportunity to pass over.

This stamp was registered on 11th September, 1876. It became abnormal because it was never put to press… 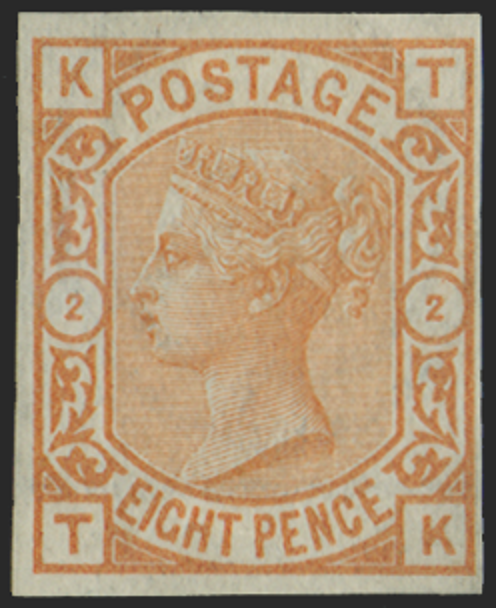 Very fine mint example, with original gum, imperforate imprimatur of this rare "abnormal" plate lettered TK that was never issued due to changes in postal rates.

Accompanied with a 2007 British Philatelic Association (BPA) certificate of authenticity.

The term “the abnormals” was coined many years ago and is used to denote stamps not issued in the normal course of events.

It is, perhaps, not an ideal term but it has stuck.

The abnormals only occur in the stamps printed by De La Rue & Co. during the second part of the 19th century.

These stamps were rare from the outset because they were printed from certain plates which were never released to the public.

They would print a sheet for approval to be marked as “imprimatur”, literally meaning “let it be printed”.

These sheets were not perforated and the first one was the imprimatur sheet. This was kept in the archives, at that time at Somerset House.

In some occasions, no general issue was made after the imprimatur sheet from the plate had been registered.

This could happen because of a decision to change the colour or a change in the postal rate.

All the abnormals of the Queen Victorian era are considered great rarities.

The 1876 8d orange stamp I have is special because it comes from the second printing plate.

Two plates were produced, but plate 2 was never put to press.

The original colour was to be purple-brown, but later changed to orange and issued from plate 1 only.

At the time, 8d was the standard rate of postage to India (via Marseilles and Australia (via Brindisi).

Due to changes in postal rates plate 2 was never issued for postage purposes.

The 8d value was withdrawn and was not re-introduced until 1913.

Only 24 examples have been removed from the imprimatur sheet.

Much fewer are available on the open market as most are held within institutional collections.

Not only is this stamp exceedingly rare, it is also difficult to find one in good condition.

My example is in very fine mint condition with its original gum.

What is particularly pleasing is that it benefits from four clear margins. Many examples I have seen have thin margins or only three margins.

What is most striking, which you can only appreciate from holding the stamp in your hand, (with white gloves on, of course), is the startling freshness of the orange colour.

As an imprimatur it represents an example from the first edition of this stamp issue.

Only, in this case, the first edition was the only edition!

Naturally, this stamp comes with our certificate providing you with a lifetime moneyback guarantee of authenticity. But you don’t really need that…

Provenance is clear-cut being one of the 24 recorded examples removed from the first printing sheet.

I would always rather pay more for the finest quality rather than less for a poorer quality example.

That said, the aim is always to provide you the best quality at a price below fair value. This gives you a margin of safety in your purchase.

In this case, I have achieved this goal for you.

That catalogue was last published over 10 years ago in 2011.

You can own this abnormal rarity today for the price of £7,500. That’s a discount of 32% on the last published catalogue value.

It is always worth looking at historic price movements to assess the investment merits of a rare stamp. Obviously, the past is no guarantee of the future.

That said, I would rather have something trustworthy in the past to rely upon for the future.

Stanley Gibbons only sporadically publish their specialised catalogues, which include the rarest of Victorian stamps. 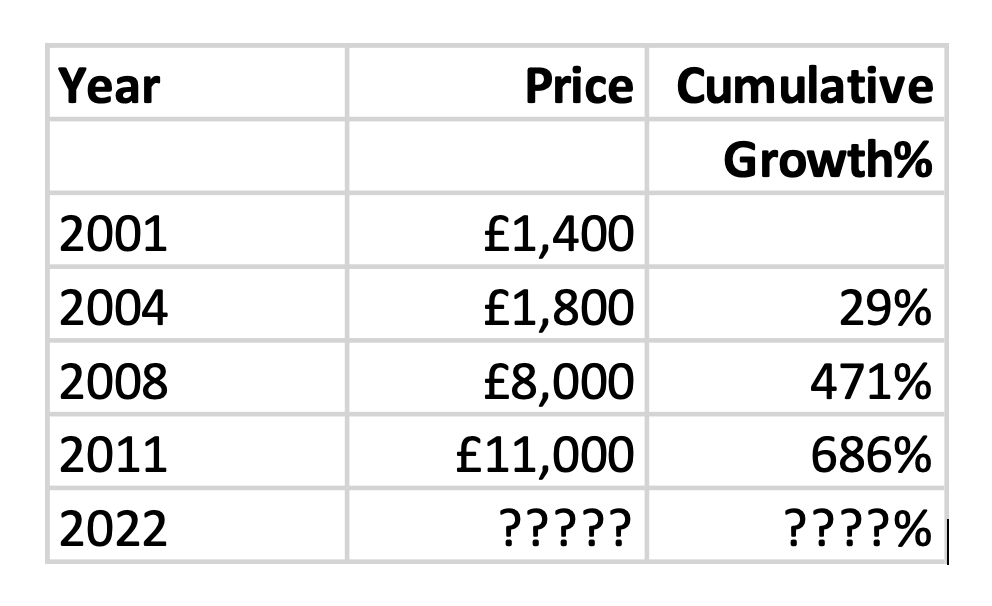 The growth in value of 686% in the ten-year period from 2001 to 2011 is impressive by any investment performance standard.

This growth in value is because such Queen Victorian abnormal stamps are exceptionally rare.

More importantly, there is a significant base of specialist collectors desperately looking to purchase them.

This is one of the rarest of the abnormals and it is therefore natural to see prices rise each time one finds its way to an auction where collectors can compete against each other to secure it.

Considering what was happening in the worldwide economy at that time, this serves as a clear example of the benefits of rare stamps in difficult times as a defensive wealth protection measure.

The big question is what the price will be in the next catalogue scheduled for publication later this year?

Buy today or watch it sell for more at auction

For obvious reasons, I expect to see this major rarity sell quickly.

If, somehow, the abnormal times we are in right now lead to abnormal behaviour meaning it is not immediately re-homed, I’m not worried.

My intention would be to put it through auction. I am all but certain I would get my money back at auction…

And there is a strong chance I will make a decent return on my short term investment.

Or email me today at mike@paulfrasercollectibles.com.

You will need to let me know as soon as possible if you want me to reserve this stamp for you.