Breaking news about the Beatles

Look at this photo of the Beatles from August 1966. 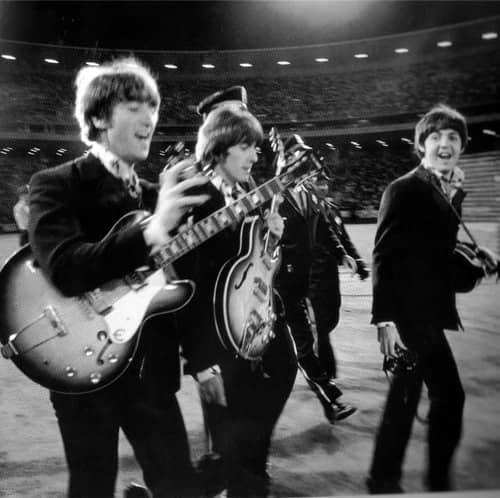 Yet those smiles belie a tiredness.

A tiredness of weeks on the road. Tiredness of playing to a screaming audience who can’t hear a word they play.

The photo is from their last ever live concert (not counting the Apple rooftop gig).

Mark too the haircuts.

The Beatles are still wearing their mop tops (or ‘Arthurs’ as George called them).

That quintessential emblem of the Beatles.

That visual representation of the band’s difference from everything that came before.

Now, I want to show you a second photo.

Taken just 2-3 weeks after the first one.

It is of John Lennon. Filming on the set of How I Won the War. The Richard Lester film in which Lennon plays the minor part of soldier Gripweed.

And note the hair. 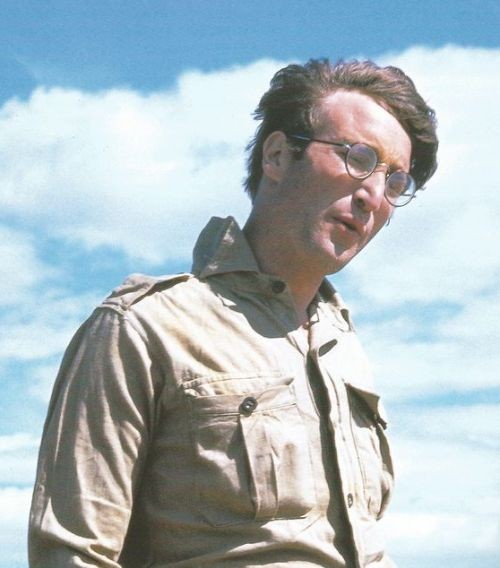 Lennon’s mop top is gone. It will never return.

John Lennon - the Beatles' leader from the beginning - has become the first to turn his back on the trademark.

And adopts instead the “granny glasses” that will be such a part of his image for the rest of his life.

These are monumental days. When everything changes for the Beatles.

Now, Lennon has shed the key symbol of the Beatles’ past. And looks to the future.

Just two months after this photo is taken, in November 1966...

...Lennon and the Beatles will reconvene at Abbey Road.

To begin recording their masterwork: the Sgt Pepper album.

There’s no going back to Please Please Me now.

I’m now going to show you a third photo. 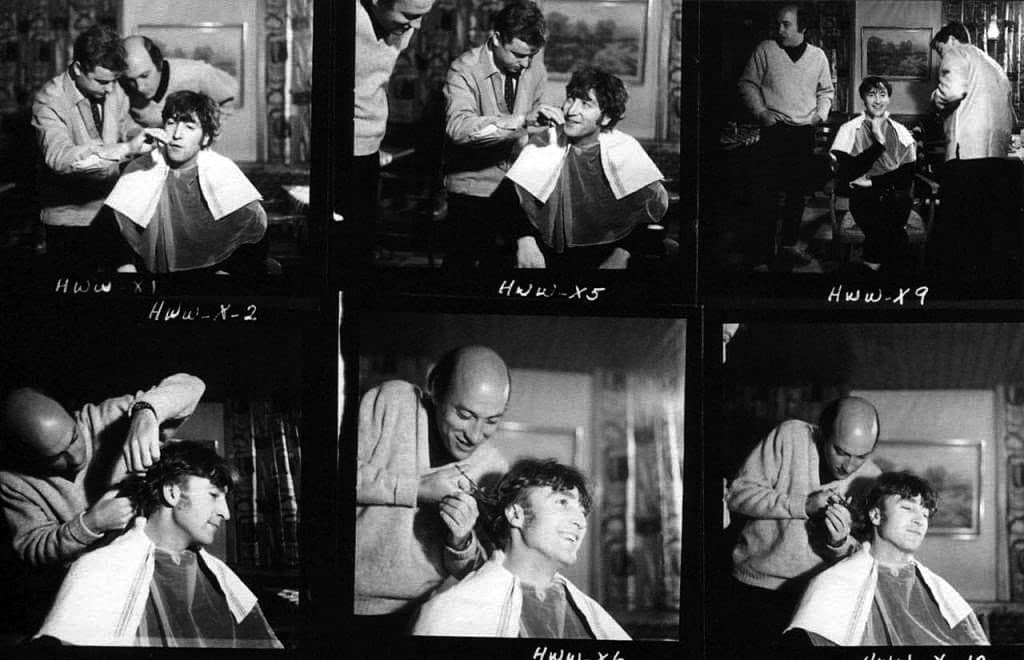 End of an era - the last moments of Lennon's Beatles mop top This is Berlin barber Klaus Baruck cutting Lennon’s hair - in readiness for Lennon’s appearance in How I Won the War.

This is the exact moment. When the Beatles go from "I Want to Hold Your Hand" to "A Day in the Life".

The end of innocence too perhaps. Certainly the end of many a girl’s love affair with the band.

...Of the Beatles altering the course of popular music forever.

For the second time in a decade.

Wouldn’t it be extraordinary?

If there were some physical relic...

Some substantial piece of memorabilia...

That could record - for all time - this seismic moment for the Beatles?

Until this week, no such item was available to own. Anywhere in the world.

That has now changed.

Because as of this moment…

One (and only one) such piece has become available.

It is for sale now at Paul Fraser Collectibles.

I know of no other comparable piece to this. That so accurately. So manifestly. So powerfully…

Marks the Beatles at this extraordinary crossroads of their career.

A time when all the world can sing “She Loves You”. Yet not a soul knows “I am the Walrus”. Not even John Lennon himself.

Thank you for reading,

PS. Did you know? Lennon wrote Strawberry Fields while on the set of How I Won the War.