A key autograph, fresh to the market

He was five foot six in his stocking feet.

And yet he towers over history like a giant.

A tactical genius. The greatest military general who ever lived.

His autograph is iconic. It's a key signature in any collection.

But good examples are becoming much harder to source.

So it's always exciting when a high-quality Napoleon item arrives in stock.

And the one I'm offering you today is fresh to the market. 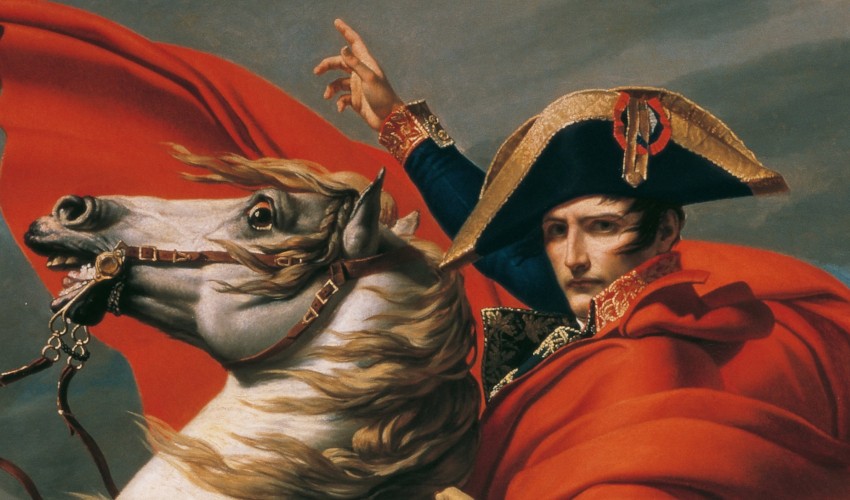 Napoleon is a key figure for any historic collector - but his signature is becoming rarer every day.

It's a letter signed by Napoleon in March 1806.

It's remarkable to know that a man who conquered half the world once held this piece of paper.

The page still crisp. The signature fresh and bold.

As if Napoleon himself just placed it in your hands.

It's an outstanding collector's piece that brings history to life. 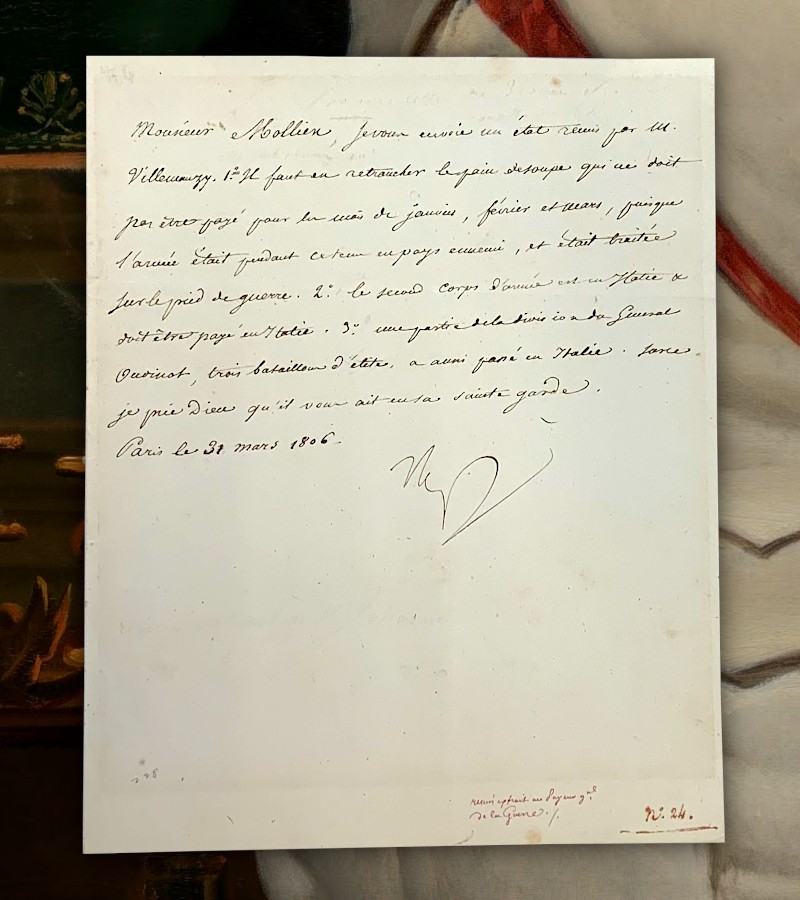 The letter is written on a single sheet measuring 7" by 9".

It's single-sided, making it ideal for framing and display.

And the page is in fine condition, with just two small pieces of tape affixed to the reverse along the top edge.

The content was dictated by Napoleon directly to one of his secretaries.

It concerns the rations of French soldiers stationed in Italy, including the second regiment and “three elite battalions”.

It shows Napoleon was meticulous in his planning, down to the last detail of how military rations were paid for by his Treasury.

The iconic autograph of Napoleon. Bold, clear, and signed with a flourish.

And below the text is Napoleon's signature.

Signed with a flourish just three months after the Battle of Austerlitz.

The “tactical masterpiece” regarded as his greatest ever victory.

This is an autograph of exceptional quality.

Boldly signed by Napoleon during one of the highest points in his career. 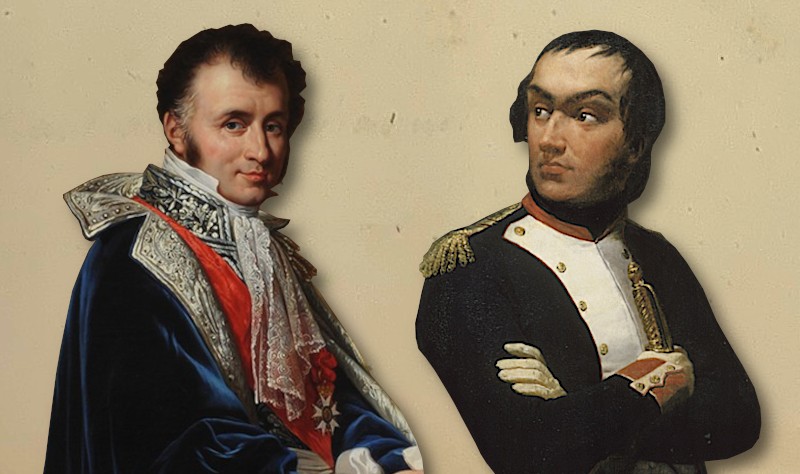 The letter is also linked to two major figures in Napoleonic history.

In January 1806 Napoleon appointed Mollien as his first Minister of the Treasury, where he served until 1815.

(And as a side note, he also conducted numerous affairs with Mollien's wife during this period).

The letter also mentions Nicolas-Charles Oudinot, one of Napoleon's most brilliant generals.

Oudinot led a company of soldiers known as “the infernal column” due to the fear they inspired in the enemy, and Napoleon rewarded him with the Legion of Honour.

These references add real historical weight and value to this letter.

It's the kind of material that collectors prize the most. 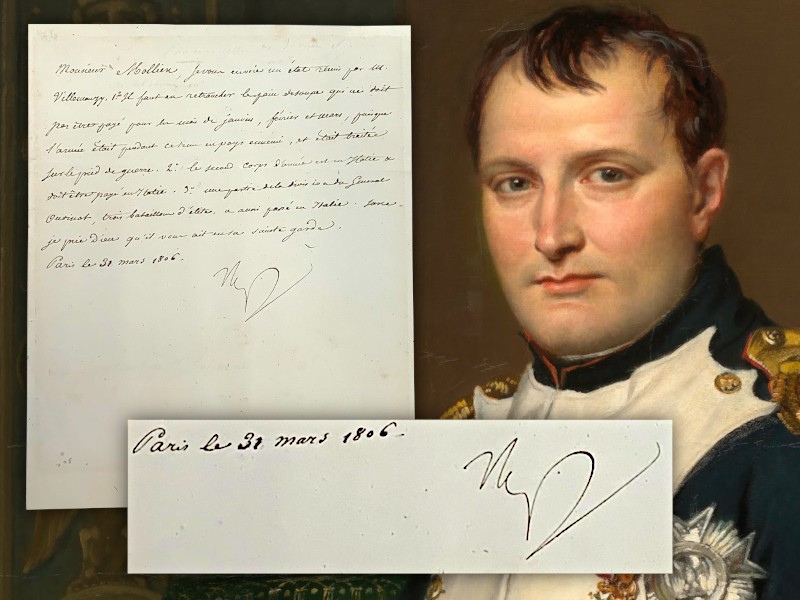 Signed by Napoleon in 1806. And ready to enter your collection today.

Napoleon's autograph is a 'must have' for any historic collection.

Signed letters like this are in constant demand. They have been for 200 years.

And this is such a good example, I suspect it won't be available for long.

It's the perfect Napoleon piece to add to your collection.

A Napoleon signed letter is a magnificent thing to own.

It's an incredible piece of history. An heirloom you can pass on with pride.

To give you complete peace of mind, this letter comes with a Lifetime Money Back Guarantee and my own personal Certificate of Authenticity.

Remember: this exceptional letter is fresh to the market today.

If you want to add it to your collection, I suggest you don't hesitate.

So email me now at info@justcollecting.com.