William Thomas Ward (born 5 May 1948) is an English musician and visual artist; best known as the original drummer of the British heavy metal band Black Sabbath. He also performed lead vocals on two Black Sabbath songs: “It’s Alright” from the album Technical Ecstasy and “Swinging the Chain” from the album Never Say Die!.

Ward’s drug and alcohol use increased throughout Black Sabbath’s heyday. By the late 1970s, drinking during gigs, something he had never done before. He also began experiencing panic attacks. Ward has said he cannot remember the recording of the 1980 album Heaven and Hell due to his alcohol abuse. According to Black Sabbath bandmate Iommi, Ward disappeared on 21 August 1980, without saying goodbye, other than a telephone call to then-Black Sabbath vocalist Ronnie James Dio informing him “I’m off then, Ron.” He then briefly played in a band called Max Havoc. He sat out one album (1981’s Mob Rules) before returning to Black Sabbath AUTOGRAPHS for 1983’s Born Againalbum.

Furthermore, Bill Ward Autographs once again left for health reasons before the band toured in support of Born Again. He again rejoined Black Sabbath in 1984 to record new material with David Donato but after several demo tapes, he once again left Sabbath. 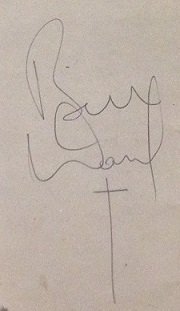 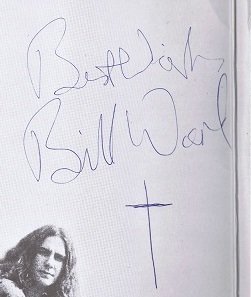 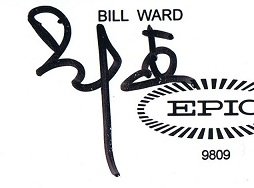 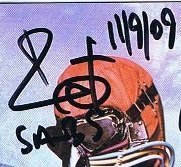