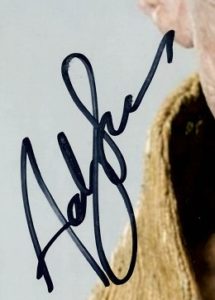 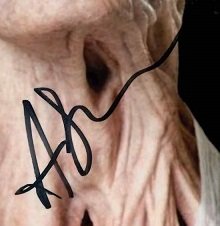 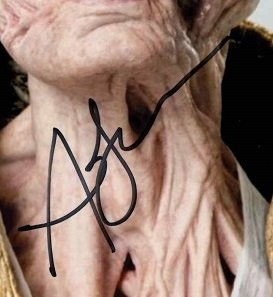 Furthermore, Supreme Leader Snoke a fictional character in the Star Wars franchise. A CGI character voiced and performed by Andy Serkis autographs. Introduced in the 2015 film Star Wars autographs: The Force Awakens, Snoke is the Supreme Leader of the First Order; a military junta resurrected from the fallen Galactic Empire, which seeks to reclaim control of the galaxy. As well as, Powerful with the Force, he seduces Ben Solo to the dark side by telling him that he can be the next Darth Vader, and Solo serves him as the commander Kylo Ren. In addition, Star Wars: The Last Jedi (2017), Ren assassinates Snoke, replacing him as Supreme Leader. 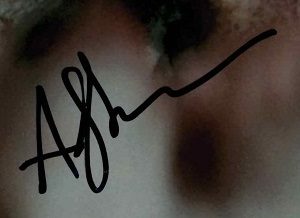